Agile For Beginners was set up by Gez Smith of Odrilea.

Gez’s agile journey started 14 years ago, when one day he was told he was told;

Even though he had no idea what that meant.

He tried to join in, reading what he could about agile online, but over the following years, he had lots of people telling him he was;

Often in quite aggressive ways.

So much so, he nearly quit the whole thing.

Instead, he stuck with it and learned as much as he could, but now he wants to prevent anyone else from having the same experience.

This is why he created Agile For Beginners, as a safe space for people to ask all their agile questions anonymously, and get honest, friendly and straight forward answers.

The sort of space he wished he’d had access to all those years ago.

Agile For Beginners is run by three friends who are all passionate about making agile inclusive, fun and easily understood. 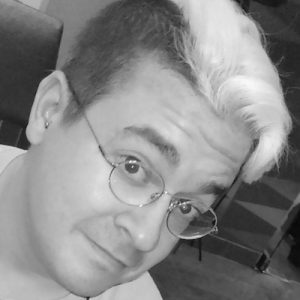 Gez has worked in agile for over 14 years, in roles such as Product Owner, Scrum Master, developer and coach. He specialised in studying agile during his second masters degree, which then turned into a book called ‘Agile Marketing: The Incomplete Guide‘. He is especially interested in the use of agile outside of IT, from marketing to HR to leadership, and founded Agile For Recruiters as part of this.

Over the years he’s worked with agile for the likes of 10 Downing Street, HMRC, The BBC Trust, Lloyds Banking Group and Glastonbury Festivals.

A regular speaker at conferences and events across the world, he also runs a podcast called ‘Why Agile Transformations Fail‘. 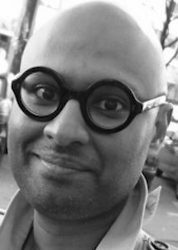 After starting life as a Business Analyst and then a Project Manager, Roy worked as a consultant Agile Coach for 5 years within the world of Financial Services in London at JP Morgan, Royal Bank of Scotland, Lloyds Banking Group and HSBC Global Banking & Markets

After moving to Berlin in 2016, Roy currently works at the transportation start-up, FlixBus, as well as consulting as an Enterprise Coach with companies in Zurich and Amsterdam.

With a particular interest in fostering an Agile mindset beyond software developers, Roy often speaks about Agile in HR  and how going to raves taught him how to manage his time better. 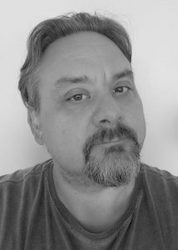 Rick is an agile practitioner who’s genuinely lived the agile journey his whole career. He’s worked in enterprise scale IT for over 20 years, having started as a developer, then a development manager, he is now an agile consultant and trainer working, based in the UK but often flying around the world to help teams deliver the maximum value in the shortest sustainable lead time.

He first formally found agile back in 2010, but had been practicing Extreme Programming as a developer for many years before that. He is living proof that you can teach an old dog new tricks.